Another day, another challenge or two

Today I had my other class for the first time. It’s earlier, and the buses just don’t line up nicely. I was exhausted before I even got to class. One of my classmates from the other course who happens to be a nurse was quite shocked when my speech went to its slurry and broken form!

However, I met another wheelchair student on the bus. It was a great moment of kinship! We shared challenges we have on campus and he also brought up trying to get across campus during the student club event. There’s always two aspects to any use of space – how it’s designed and how it’s used. In this case, the use part failed.

In my ongoing quest for the perfect loo, I found it! There’s a button to open the door and a button to lock the dock that shows everyone it’s in use. Finally! A loo I can feel comfortable getting in and out of. 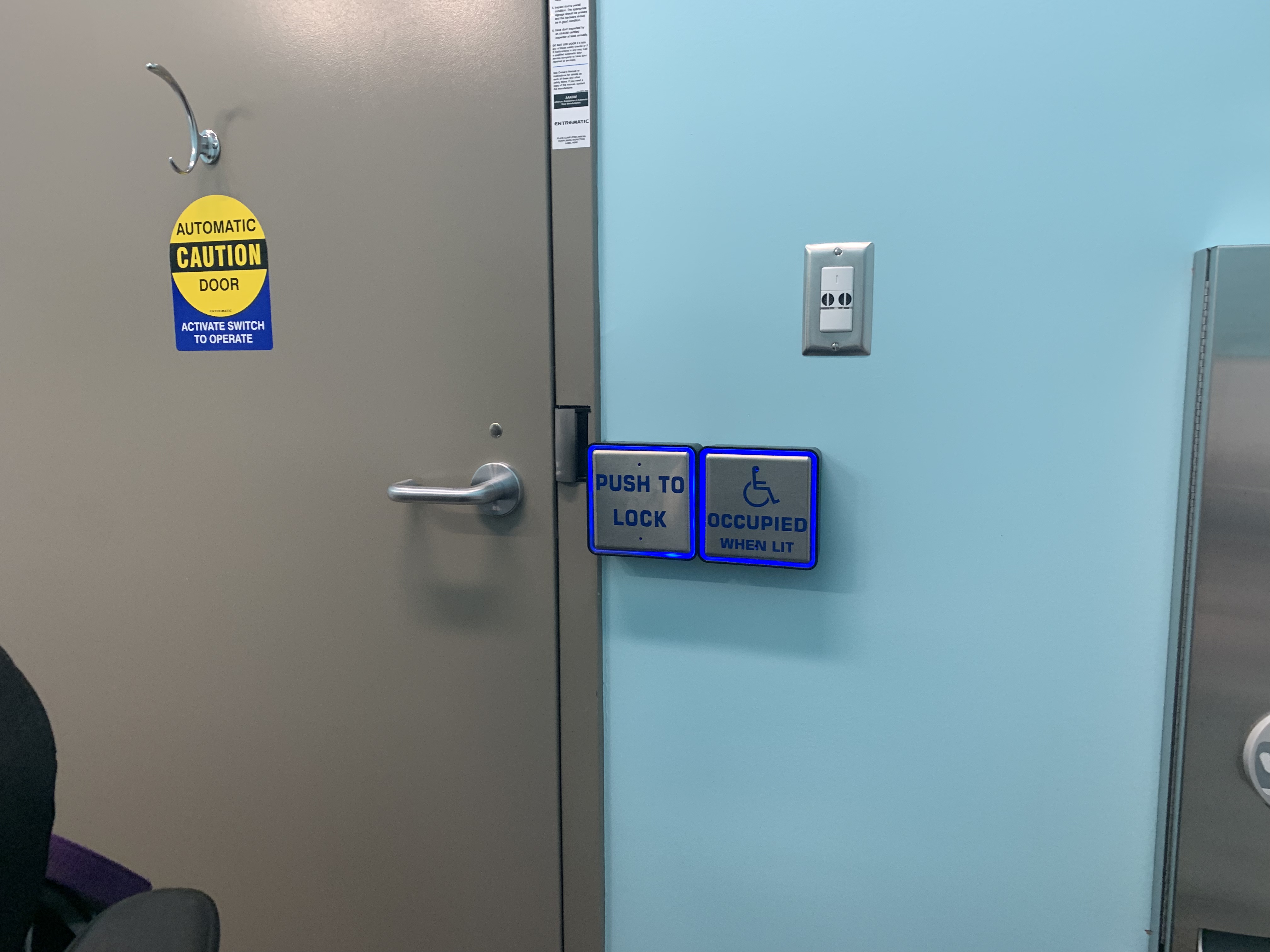 I have also been given a list of other loos on campus that are meant to be to the same standard. We will see. Going to the loo is something we all do, but we don’t talk about it publicly, usually. I’ve heard access to washrooms called the next civil rights issue – transgender people and disabled people share a common need to have washrooms available to us. Hence, I go on and on about it. Please feel free to take up the cause too!

I spoke in the previous post about missing the Disability Studies world. It’s a huge step to be away from the Ryerson Disability Studies department. There’s not been a single mention at the start of the courses of anyone’s accessibility needs. We all have needs of some kind, and universal design means that what’s good for disabled people will benefit more than just us. In today’s class we had a discussion about the positive attributes of podcasts. I felt such an oddity when I had to point out that deaf and hard of hearing people can’t hear all these nuanced features people were bringing up, and that some people are visual learners and don’t do well in a purely aural environment. Yeah, not the fun-filled accessible thing everyone is making it out to be. Hey ho, I guess there’s a whole load of education going to happen for some people!

At the bus stop, I overheard a conversation between two people where they discussed how many classes they had missed and how they felt about it. It’s only week 2. “Guest lectures? Pointless. They’re not going to be on the test.” “I’ve paid to be here, so I can choose not to go to class.” I wanted to give them some “advice” but it was engrossing to listen to their views on their education. One of them missed their bus because they were in the wrong place. I guess that wasn’t on the test. Spending most of my time at home, and travelling by van, for the last 11 years, I can’t say I’ve spent a lot of time in the company of strangers. I forgot that people watching (and listening) is so very interesting

I took a new route home. You may remember that there’s no bus to get me from the halfway point. It’s just over 5km, but Google tells me it changes in height by 194m. It’s steep! And that takes battery power! It’s also quite exposed to the elements as it goes alongside the highway. It took 35 minutes which isn’t a bad option if the weather is cooperating!

I have a number of different assignments to do now… yum!